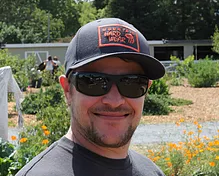 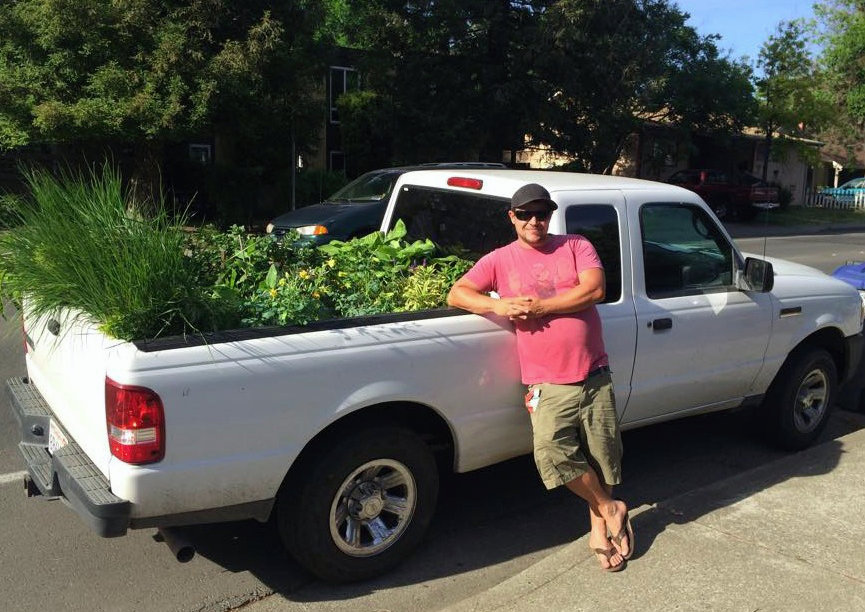 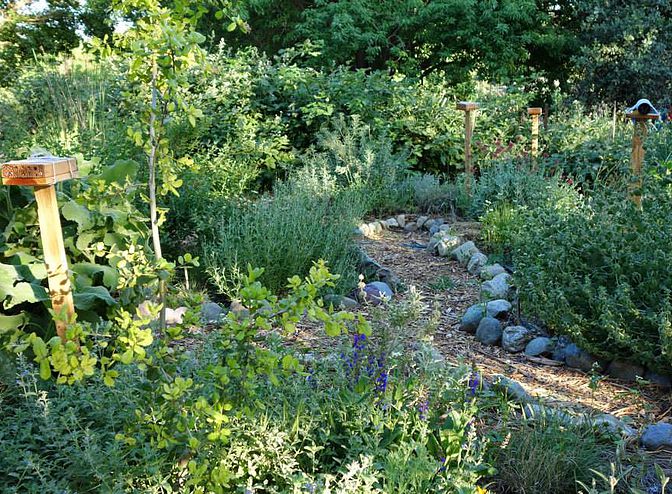 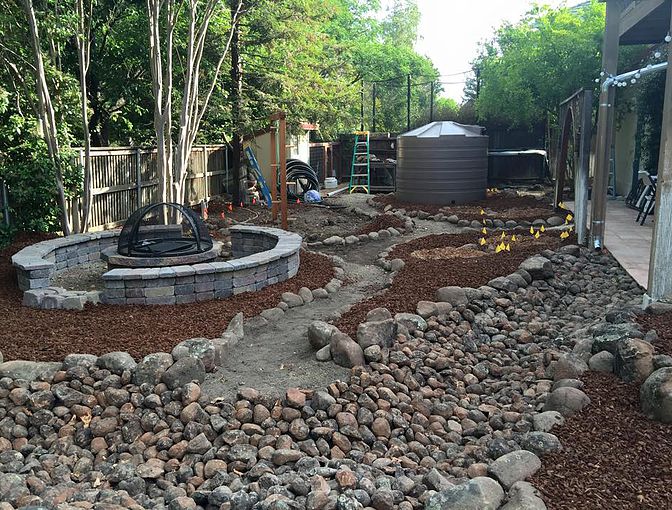 Before joining the ELI program, John was working as a designer in the conventional landscape world of Davis, CA. Seeking a more ecologically focused path, he was pointed to Erik Ohlsen and crew at Permaculture Artisans (sister company to Permaculture Skills Center), where he began an apprenticeship. Inspired by permaculture practices, John then started his own landscape design firm: Whole System Designs. Today, the company has grown and has more work than they can take on. In the dry climate of Davis, they do full installs that incorporate features that recharge ground water; lay down permeable hardscapes;  use native plants, insectaries, medicinals, and perennial and annual edibles to create thriving polycultures.

What brought you to the ELI program?

“I had been working as a landscape designer but doing commercial work, doing a lot of spraying of pesticides, laying of concrete, not planting with much purpose. I would do jobs where I’d get on a tractor and spray Round-Up on crops all day. And then I had this wake-up call that I didn’t enjoy what I was doing, and a good friend pointed me to Erik. I applied for the apprenticeship program and got accepted into it. It was awesome, and from there I started my own permaculture-based landscape design company in Davis. It was going ok – I knew the basics and the principles of permaculture but didn’t know how to market myself and put myself out there to where I could get business. I heard the ELI program was starting and that you could learn how to start your own business and be a successful entrepreneur. I dove into it; it made sense because I was struggling with a lot of different avenues of starting my own business; opening a bank account, paying taxes, etc.”

What would you share with someone considering the ELI program?

“As a whole, the program really dives into the depths of things you wouldn’t necessarily think of when starting your own business and it points you in the right direction; instead of making those mistakes you’re already aware of them.

It was more than just the faculty that came to the table. Each student brought so much. Someone might know plants really well and someone is coming from a farm, or homesteading; everyone brought something. And a lot of these fellow students will be friends of mine and collaborators for the rest of my life.”

What were some of the most valuable aspects of the program?

“The part that was most useful for me was working while I was in school. I’ve done programs before but didn’t immerse myself in [the work] while doing the program, and then you forget. So I think it really helped getting out there and doing the work while going to school and having these mentors to back you up; to where I could come back after a week of work and share what I did, and they’d point me in the right direction. It was like this fail-safe family, a nice soft mattress I could fall upon with my mistakes and learn from.”

What are you working on now?

“One part of the course that was nice was learning to get involved locally- with city faculty and local stores- and right now a cool thing that we’re really excited about is to have been accepted to design a food forest in front of the Davis Food Co-Op. It will be a complete demo site focusing on water re-use, catchment and more. We’re really, really pumped.

We also found a way to harvest water from an air conditioning unit – 50 gallons a day for a large scale co-op/ grocery store. I wouldn’t have thought about it until observing; something Erik told me to always take time for.”

We use cookies to ensure that we give you the best experience on our website. If you continue to use this site we will assume that you are happy with it.Ok